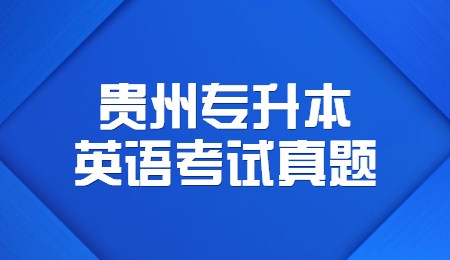 After reading the following passage, you willfind 5 questions or unfinished statements,numbered 41 through 65. For each question or statement there are 4 choices marked A,B,Cand D. You are required to make the correct choice.

How To Keep Kids Grow?

All parents have sky-high hopes for their children. We want them to be confident and content.What can parents do to help their kids grow up to lead happy lives? Experts advise:

1.Helping them find their talents. In order to succeed, children need to feel they're good atsomething. So expose your children to as many interests as possible; then let them choose thosethey like best.

3.Praising their efforts. Kids won't always come out on top. Still, they deserve kudos(赞誉)for trying their best. Ten- year- old April Cutler, for example, has had frouble with math sincesecond grade."She usually gets C's on her report card, but last year she was determined to get A'sand worked hard at it,"says her mom."When the first grading period ended,April was

disappointed when she got a Bminus math," Lueille continues."But my husband and I told her wewere very proud that she'd improved.That inspired her to try even harder, She got a B plus for thenext period!"

5.Encouraging them to solve their own problems.As they grow,children need practice incommunicating, standing up for themselves and compromising. One of the best places to learnthese skills is at home., So the next time your child runs to you complaining that her brother isblaming her, step back and let them work it out.

41. What should parents do so that their children are likely to do well in school?

A.Have high expectations on them.

B. Appreciate their achievements.

C. Put great pressure on them.

D. Expand their range of interest

42. What is the parents' purpose to assign their children housework?

A.To spare some time to relax.

43. Which of the following statements is true?

A. Parents should stand up for children whenever they are needed

B.Parents should try to settle the dispute among children

D.Parents should encourage children to communicate with each other

44. What should children do as advised by experts?

A.Try every means to please parents.

C. Be encouraged to solve their own problems.

D.Learn to make good decisions at an early age.

45. What does the writer mean in writing this passage?

B.To comment on some popular ways of family education

When I was very young,people in our village lived by planting fruit trees. My grandmotheralways took me to the orchard (果园) on the hill.At that time, they had to carry water from theriver at the foot of the hill to halfway up the hill. Even though we worked so hard, the productionlevel of fruit was still low because it was short of water there.

One day, two young men led a group of workers to our village. They learned about the

difficulties we faced, and later, canals and other projects began to be built in my village, "Who arethey?" I asked."They are good men from our government," my grandma replied.

Shortly afterwards, I moved to another city for my junior high school. The only reason I evercame back to my hometown was my grandmother.

One day, my family and I made time to return. We were surprised because everything had changed. The canal ran past every orchard so villagers didn't have to go up and down the hillanymore. The river was now so clean that fish swam happily in it. When we arrived home, mygrandma took out some fresh pears and apples. She told us that after the water conservationproject(水利工程) was completed a policy (政策) was made to encourage more people toincrease the fruit production with clean water in the river.

countryside. Nowadays, people work hard to live in a big city. However, we should not forget ourhometowns where we are from.

A. they had too much work

B. it was not convenient to go up the hill

C. they could only grow fruit trees

A. the villagers' suggestions

B. the government's support

A. the grandmother doesn't like to live in the city

B. the village is a place of interest for tourists now

C. there will be more fruit production in the village

D. more people like to work in the countryside nowadays

49. The underlined phrase devoted themselves to is closest in meaning to _______.

A. prepared much for

50.What can be the best title for the passage?

A.How is a village improved?

B: Who are the good men?

C: Why do people come back?

D: What does a hometown mean?

lt would be interesting to know what Amcricans cat at home,but theinformation probablywould not tell us very much. The populationof the country is sovaried and there are such differenttraditions in different parts of the world that wewould probably find in the country a mixture ofdiets found everywhere else in theworld. Where U. S.eating habits have changed,however,andwhere they have becomevery similar, is in what happens when people go outside their homes toeat. A recentsurvey tells us a lot about the restaurant eating habits of Americans.

The people of the United States cat out often. In an average month,98 percentof U. s.families eat at least one meal in some kind of restaurant, and most families eatout over nine timesa week. Although not all of the meals they eat our are regularmeals-breakfast,lunch,or dinner-thatmeans that people eat over one-third of theirmeals in restaurants. Can you guess which mealthey eat out most often?Not surprisingly,it is lunch. The following list shows how often differentmeals are eatenin a restaurant:

Where Americans cat is a second interesting question. A real symbol of modern life in theUnited States is the fast-food restaurant-that is,a restaurant where there isusually no service at thetable;where you pick up your food yourself，sometimes in acar from an outside window; andwhere the food is often already prepared before youget there. The most popular kind of fast food isthe hamburger, and the most populartype of restaurant is the fast-food hamburger restaurant.

The United States is certainly a restaurant society,but we may ask whether therestaurants areactually that good or whether eating in them is healthy. They must begood because they are verypopular,but a look at the food that people order showsthat fried foods and soft drinks are theirgreatest preference.Since we know thattoomuch fat and sugar is not healthy,.it appears thatAmericans would rather eat their fastfood than be healthy.

58.In a fast-food restaurant you can.

A.calls fr a waiter b serve you

B.buy your food from an outside window

C.make a reservation one day earlier

D.cnjoy service at any time

59.What's the main reason for Americans to go out to cat?

A.They can meet with many friends.

B.They can have cheaper food there.

C.They can save time by not cooking the meal.

D.They can avoid washing dishes after

60.Which of the following statements is True?

A.Americans like to eat healthy food in a restaurant.

D.Fast food is both healthy and convenient.

According to a research more than 130 billion pounds of uneaten food go to waste in Laura'scountry each year. That is about 30% of the yearly food supply(供应). It is a sad fact especially when you consider how many families and homeless people are in hunger.

When Laura saw her school dining hall throw away food that was not caten at all every day,she came up with an idea. She started a project to help her school dining hall to give away uneatenfood to homeless shelters(庇护所) in her community. In the past three years, the same project has spread to other schools and some fast food restaurants throughout the city. The project is called Feed& find, and has already fedthousands of people in her city.

Some people, however, have concerns about the safety of the uneaten food. They think suchfood may not be clean enough. Still, this project is a clever way to help solve the problem of foodwaste and it helps those in need.

C.give away food to them

65.Which can be the best title for this passage?

B. A Food Sharing Project